Apple’s NeuralHash Algorithm Has Been Reverse-Engineered by Bruce Schneier
Thursday August 19th, 2021 at 10:52 AM

Apple’s NeuralHash algorithm — the one it’s using for client-side scanning on the iPhone — has been reverse-engineered.

Turns out it was already in iOS 14.3, and someone noticed:

Early tests show that it can tolerate image resizing and compression, but not cropping or rotations.

We also have the first collision: two images that hash to the same value.

The next step is to generate innocuous images that NeuralHash classifies as prohibited content.

This was a bad idea from the start, and Apple never seemed to consider the adversarial context of the system as a whole, and not just the cryptography...

guilhermea
reply
People knew it was bound to happen, but this early? Wow.
London, England

Got to love when Apple blows it!
Durham, NC

zippy72
I can think of at least two governments that are probably working on the former. There's a few hackers on Twitter who claim to be working on the latter.

Clearly something that while helpful on its face has immense (possibly impossible) technical hurdles to overcome lest innocent people get flagged.
Space City, USA

A dear friend of mine and prolific Redox OS contributor, jD91mZM2, passed away in March of 2021, at the age of 18. He was involved in the Redox OS Summer of Code for 2018, 2019, and 2020. He was instrumental in developing all aspects of Redox OS, from the kernel, to relibc, to porting programs. His work was detailed in his own words in a number of news posts authored by jD91mZM2 at https://www.
Read the whole story

What happens when an infamous necromancer gets a prank call?

Mikelis Priedis is an immortal necromancer. Most people react to Mikelis with extreme fear and keep a wide berth… unless they have a death wish.

So when Mikelis gets a random call from the James River Slayer, he thinks it’s a joke and hangs up. Mikelis soon realizes the call was no mistake—the notorious serial killer has taken his closest friend and turned the situation into a sick game.

Armed with his talking sacrificial knife, Mikelis has 24 hours to rescue his friend and show a serial killer just how cold a necromancer can be.

You can expect action-packed comedy goodness and a lot of talking sacrificial knives. And the best part about this book? I’m giving it to my newsletter subscribers for free.

I know what you’re thinking: Hold up, Jen. Did you say free?

I sure did. Stone Cold Necromancy is an exclusive Kari Hunter story, only available through my mailing list. So, if you love my books and want to subscribe for new release alerts, sneak peeks, coming-soons, and so much more, then you’re in luck — because you can do that and get my new book for free.

Thanks for subscribing and happy reading! 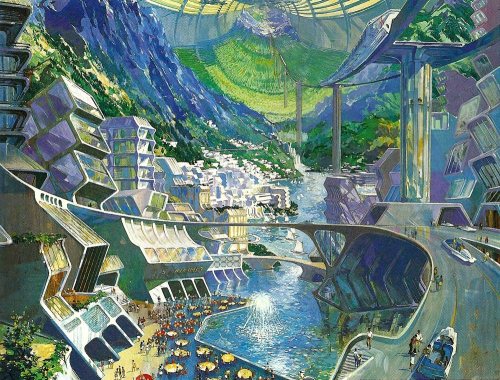 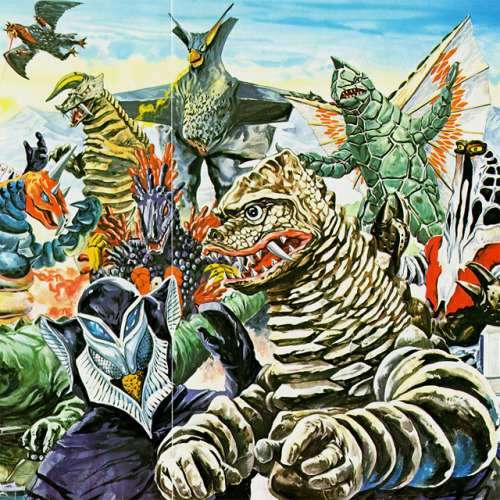 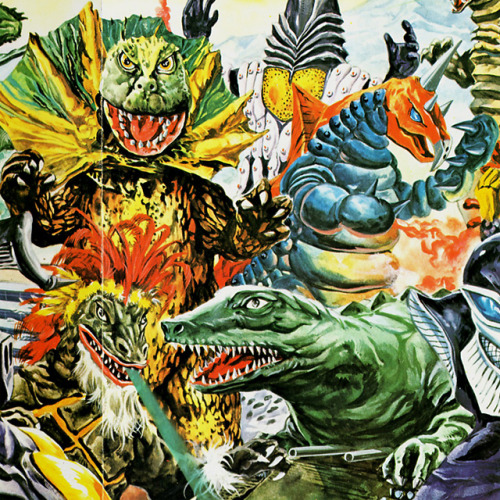 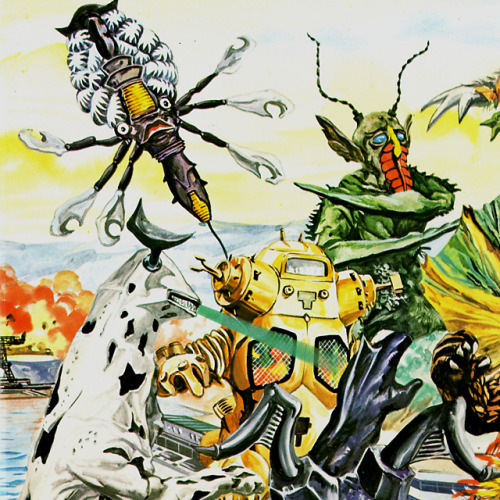 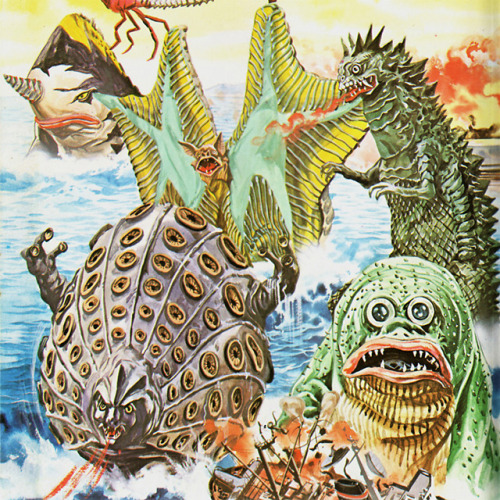 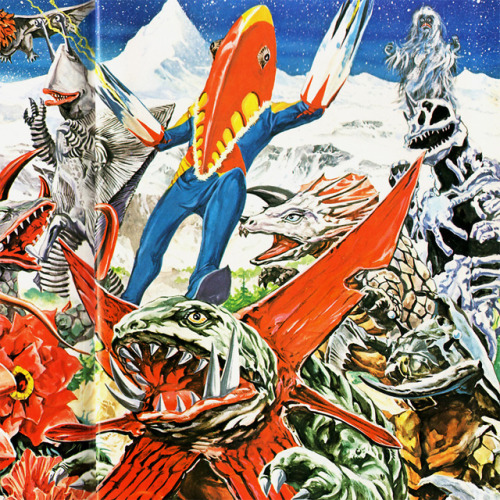 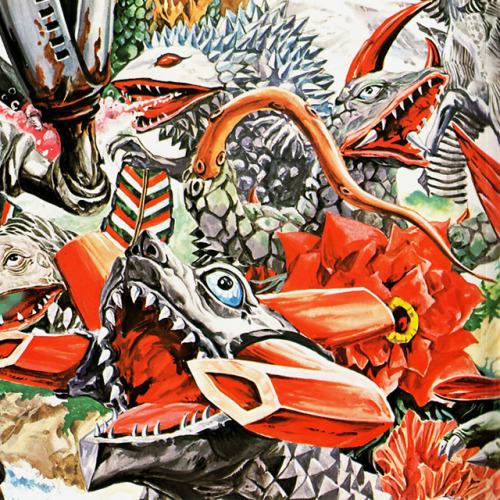 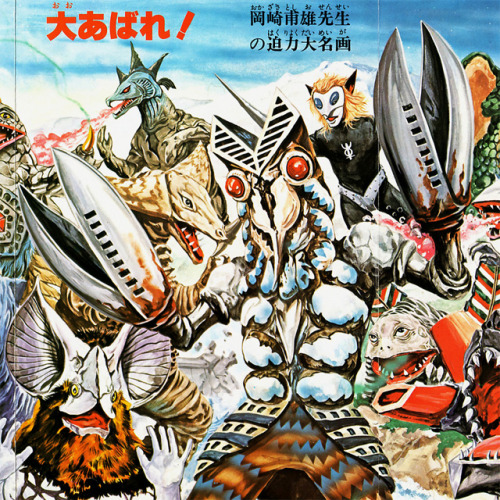 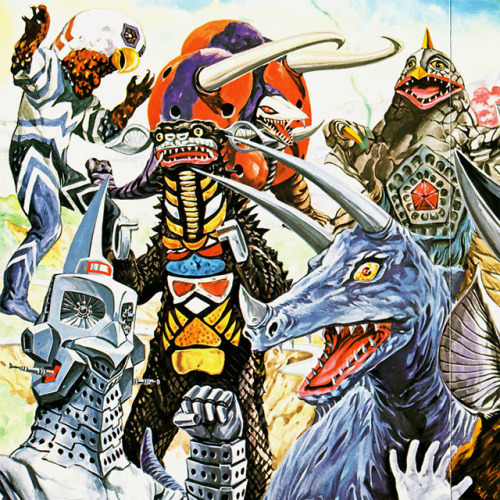 Toshio Okazaki‘s host of Ultraman monsters, from a 1979 edition of Ultra Kaiju, via Pink Tentacle.

Yesterday, a joint session of Congress met to affirm the results of the 2020 presidential election, which determined that Joe Biden would be the 46th President of the United States. What should have been a ceremonial exercise had instead been engulfed in controversy for weeks. Despite a complete and utter lack of evidence of widespread election irregularities, and despite dozens of court rulings condemning the notion, multiple Republicans stated that they would object to the vote from certain states which had gone against Donald Trump.

These politicians intended to carry out a craven, self-interested charade to appease Trump and his followers, all the while knowing it would not change the result, and knowing that it shouldn’t. They were kicking at one of the key foundations of our democracy, the orderly transfer of power following free and fair elections, in the hopes that it would further their future political ambitions. Such fecklessness was despicable, and it should have been the worst news of the day.

Instead, things got worse, in far more visceral fashion. Following a fact-free speech from Donald Trump at his “March to Save America” rally, a small band of insurrectionists stormed the US Capitol building. Due to an inexplicable absence of proper security, Congressional members were forced to flee the chamber. In a matter of minutes, thugs were literally able to physically overtake the seat of the legislative branch. It was horrifying to witness, and it was a direct result of Trump’s refusal to accept his loss.

Make no mistake. Donald Trump encouraged this action, as did those who have cynically enabled him in both the past two months, and over the past four years. All that preceded yesterday’s events should be dissected at length, and we should do all we can to avoid ever seeing something like this again. Lies and hypocrisy must be called out, criminals must be prosecuted, and democracy must never be taken as a given. When it comes to Trump specifically, the rhetorical two-step that Donald Trump should be taken “seriously, but not literally” must finally be rejected by all. Time and again, Trump has shown exactly who he is. He is serious and literal, and he would do anything to hold on to power, including tearing down American democracy itself.

There must be a reckoning in the coming weeks, months, and years. Republicans must see that placating and cozying up to lunatics is playing with fire, and eventually, we’ll all get burned. Dangerous conspiracy theories and alternate realities must be quashed, because it is more clear than ever just how much they threaten our society. Let us remember yesterday as a terrible day, but also as a death throe, marking the end of an awful era.

While this is generally a humor site, I simply can’t find a joke anywhere in all of this. Nevertheless, I can still find hope. At present, I hope the following will be the ultimate story of January 6, 2021 (as well as the wee hours of January 7): After a demoralizing day of rioting and mayhem in our nation’s capital, Congress got back to work, and certified Joe Biden’s victory in the 2020 presidential election. Despite the noxious lies from Trump and his acolytes, despite the violence perpetrated by a small band of anarchistic thugs, our system once again held. In just over 13 days, the Trump presidency will end. Where we go from there, only time and our actions, will tell.